Food wastage has become an alarming issue in India and world. According to the Food and Agriculture Organization (FAO), staggering 1.3 billion tons of food is being wasted annually. The FAO report further states that one-third of the total global food production is wasted, costing the world economy about $750 billion or Rs47 lakh crore.

According to United Nations Development Program, up to 40% of the food produced in India is wasted, and we are ranked 63 among 88 countries in Global Hunger Index. We need to understand that food wastage not only lead to hunger in under privileged or pollution through emission of greenhouse gases, but also problems in economy. Not just government, even we are equally responsible for this problem. In the name of culture and traditions even we are playing a lead role in this drama, bigger the wedding or larger the party more colossal is the wastage.

A recent study conducted by Indian Institute of Management, Kolkata, revealed that only 10 percent of foods get cold storage facility in India, this factor accompanied by inappropriate supply chain management, has resulted in India becoming a significant contributor towards food wastage both at pre-and post-harvest waste in cereals, pulses, fruits and vegetables.

Why is food wastage a problem? According to CSR Journal 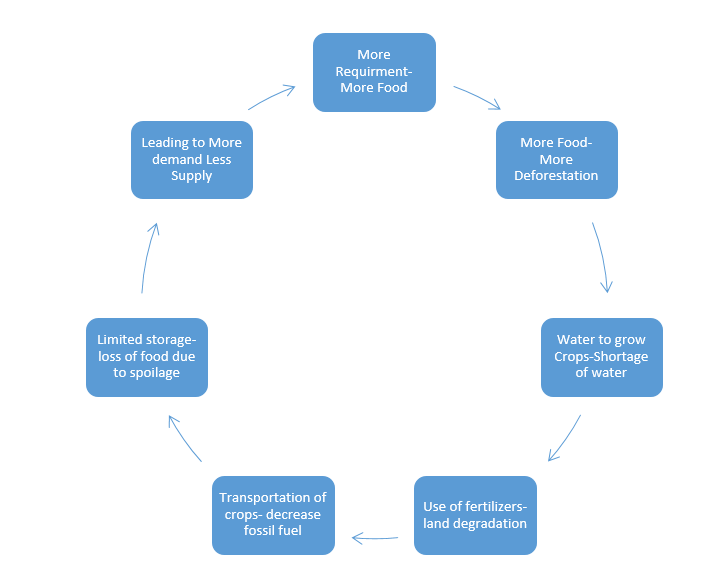 While you may not be able to reduce food lost during production, you can certainly reduce food at your personal level of food waste. Every step towards right direction counts

Plan out your meal and make your shopping list to determine what you actually need for the week. About 20% of what we buy in urban India ends up being thrown away

Buy in quantities you can realistically use. Avoid impulse buys. It will more or less find the bin

If you cook at home, make sure you cook keeping in mind there is no excess. You can always complete your meals with a few fruits rather than keep some extra food in the refrigerator. It’s a lot better and a healthier practice too.

If you host a family get together either at home, a marriage hall or throw a party at a hotel, make sure you plan for the food to be transported to a place like an orphanage or an old age shelter.

Make finishing your plate a habit. Try to inculcate it further to as many possible.